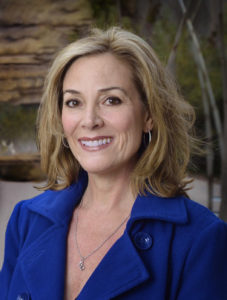 Nikki Corda grew up in the entertainment business in Las Vegas.  A graduate of the film program at Boston University, she spent her early career in the world of feature film development in Los Angeles, with stints at Twentieth Century Fox, Michael Douglas’s company at Paramount Pictures, and Propaganda Films.

Nikki began producing with Urban Rescuers, an animal advocacy documentary which is a recipient of the “Best Documentary” award at the Valley Film Festival in Los Angeles, and has been aired on local PBS affiliates.

It was during this project that she discovered her true passion for documentaries.  Nikki was inspired to start Life-Portraits® while working on a biographical film of her father, Mike Corda, and realized everyone has a fascinating life history that should be preserved.

It was this thinking which led her to complete grad school with an MFA in Creative Nonfiction from Sierra Nevada College. Nikki now runs the Nevada Women’s Film Festival and is an adjunct instructor in Visual Media and English at Nevada State College.