Voting While Homeless: “The Forgotten Constituencies” 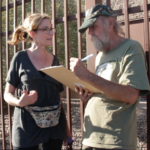 Las Vegas has one of the highest rates of homelessness in the country. How can their voices be heard? Last campaign season we went out to learn if homeless people are able to vote. It is not a simple answer, but one we would like to continue to explore g during the midterm election season. Short film by Tony Mendoza.    https://youtu.be/q2LdSF_-EdY … END_OF_DOCUMENT_TOKEN_TO_BE_REPLACED

Filed Under: other projects 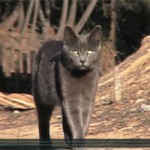 Urban Rescuers is an award winning animal advocacy documentary which has been broadcast on various localPBS affiliates. It originally premiered at the Valley Film Festival and won the Best Documentary prize. The film has screened in several other festivals and was accepted into the collection of the National Humane Education Society Library. Recently, Clark County Commissioner Giunchigliani used Urban Rescuers as a teaching tool to help pass an … END_OF_DOCUMENT_TOKEN_TO_BE_REPLACED

Filed Under: other projects